The World Cup group stages are into their vinegar strokes.

Wimbledon has started (thankfully with the men’s defending champion not making an historical first round exit).

Anticipation for the impending Grand Depart is reaching fever pitch (i.e. a few Yorkshire eyebrows are being raised ‘neath flat cap and the odd tsk is being uttered).

I therefore forgive you in advance if you have forgotten entirely about my own sporting Waterloo.

My 30 Days of Cycling Challenge (my own capitalisation) continues. I’m pleased to say that I haven’t missed a day yet. I even getting the sense that my fitness is improving. There might be something to this public accountability thing.

Here is my update.

Sunday was a case in point.

Saturday had been a busy day. I’d ridden early doors and gone harder than I’d meant to. Then I spent 4 hours on the afternoon taking down a (brick) wall in my house and removing a large reinforced concrete shelf (the previous owner didn’t do things by half).

By Sunday I was cream crackered. My parents were staying with us. We spent the day up in Tideswell at the village fete linked to Eroica Britannia. I was tasked with cooking dinner.

On the face of it I had neither the time nor the inclination to spend any time on the bike.

I did it. I managed to fit in a light 20 minute spin on the turbo, plus a shower*, in the time between the chicken going into the oven (T-100 minutes, cookery fans) and the vegetables going on.

(* My turbo ‘pain cave’ is an unshaded conservatory that heats to sauna-like levels).

And once I was on the bike I felt good, relatively speaking. There was some accumulated fatigue, but I was definitely capable of performing a recovery ride.

Without the commitment that I made to myself and the internet, I’m 99% certain I’d have given myself that Sunday off, saying I was too tired and that I wouldn’t have time in any event.

An insight that I should bear in mind in the future.

2. I feel better when I’m training

Which is both a statement of the bleeding obvious and something I can’t back up with any real evidence.

I feel like I have more energy to do things, particularly during my personal low time, the period after lunch from around 1pm – 3pm (or 4… or 5…).

On a semi-related note, because many of my turbo sessions happen during the week after the kids have gone to bed, between 7.30pm and 8.30pm, my alcohol intake has gone down.

By the time I’ve cooled down, taken on water and had a shower, it’s after 9pm. Maybe it’s the late hour (i.e. getting on for my bedtime); maybe it’s the exercise releasing stress-reducing hormones, but I haven’t tended to have a beer on an evening when I’ve done a turbo session.

3. My Enthusiasm For Cycling Is Increasing 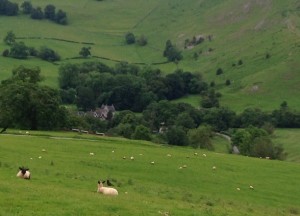 One of the (very sensible) concerns voiced when I announced my 30 straight days of cycling idea was that by forcing myself to do it, I’d lose the enjoyment factor.

I’ve not found this to be the case.

There are probably some other factors involved. The weather has been great. Excitement is mounting (mountain?) for the Tour. A lot of my sessions are necessarily taking place on the turbo, making this the piece of equipment most likely to suffer my displeasure, rather than the bike itself.

Whatever the cause, my enjoyment grows. This is evidenced by my reading (and increasingly, listening) material. I’m going through a bike-and-training-themed phase.

I am currently reading ‘Racing Weight: How To Get Lean For Peak Performance

‘ (yes, you heard me right) on my Kindle*. The book was recommended to me by Mark Hammond, who lost 6 stones (in weight) by following its principles … and doing a lot of cycling.

, by training gnu Joe Friel. I am (almost) literally itching with excitement to get into this.

I’ve even started to listen to cycling and coaching/training podcasts. Gawd help us all.

One of the enjoyment factors could well be that as my fitness improves, additional routes within the Peak District (as well as longer distances) are unlocked (like in a computer game…). My anticipation of what I can do in a week, two weeks, a month fuels my desire to stick with the programme.

June ends next Monday. My 30 day challenge doth end forthwith. What am I going to do then?

I need to take things beyond the concept of ‘do more cycling’ (my training maxim of choice). I know that training best practice is neither 100% balls out nor 100% trundle. I need to put a more structured training programme in place (and follow it).

So it feels like another challenge is in order, or at least some sort of public exercise where I can try something out and share the results.

Let’s Get Lean Together, Sportive Cyclists!

As mentioned, I haven’t started ‘The Cyclist’s Training Bible’ yet, but I am midway through ‘Racing Weight’. Indeed I’ve started putting its recommendations into practice.

So next month will be all about getting lean for peak (district) performance. Or at least we’ll be learning how to do it, and making a start. Yes, I said ‘we’.

I’ll have more for you on exactly how this is going to work, but for now, let’s have a show of hands, who is up for getting lean (or at least shedding a few pounds)? Let me know in the comments box below.

PS. Remember, it was making a public statement of intent that has kept me motivated this past 25 days. Make your statement of intent in the comments section below (i.e. “I want to get lean for peak performance… – signed ‘X'”) and we’ll check back in at the end to see how everyone got on.

PPS. Screw your courage to the sticking place and leave a comment (which is what Shakespeare would write if he was around now, since he would be a blogger).

18 thoughts on “30 Days of Cycling Challenge: Progress Report (Week 3 and a bit)”