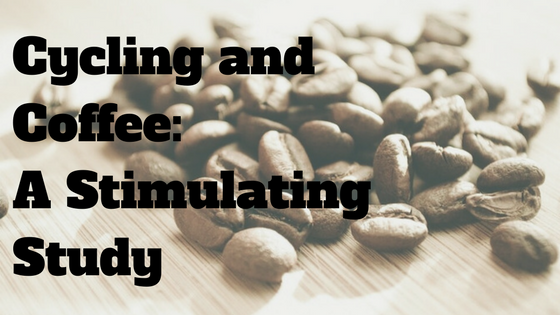 I love cycling, me. And I love coffee.

As a committed coffee drinker and a somewhat less committed cyclist, at least right now (based on my Strava records) I thought I’d look into the mighty bean and the drink it produces, with a cycling bent.

And then write a post about it. Please to enjoy.

(Trying too hard? … Thought so)

Why do coffee and cycling seem so irrevocably linked?

Here are some of my (hardly profound) theories:

As with many of my development milestones (think puberty), I was a late starter. I only began drinking coffee in earnest at university, when I was faced with the requirement to stare at tedious texts for hours on end without going to sleep.

I’m 99.9% percent sure that this was good ol’ Nescafe (not even the Gold Blend) as this was what my parents drank at home.

In addition to preparing me for the world of work, this turned me into an addict.

(I could stop any time but) I am now in the habit of drinking four cups of coffee a day without fail.

Some of those cups are, by necessity, made from the (frankly filthy) instant coffee that stocks the office kitchen. At home, again for convenience, we’ve tended to stock ‘premium’ instants (think Kenco Millicano, Nescafe Alta  Rica).

But increasingly I’m getting back into ‘real’ coffee, something that (at home at least) had gone somewhat by the wayside as lazy Saturday mornings spent ‘grinding my beans’ has given way to harried mainlining of caffeine.

There may be some correlation between this intensified search for high grade caffeine and there being an aggressive 14-month old infant in the house.

How Do I Brew Coffee At Home

As the subtitle suggests, I brew coffee at home. I don’t (yet) have an espresso machine (or one of those machines that uses pods).

Whilst the Starbuck-led cafe revolution has been very much focused on the espresso form of drink creation, there seems to be increasing focus amongst the coffee illuminati on using alternative brewing methods, most of which are easy to do at home (although, as it turns out, sometimes quite difficult to do well).

So far I have tried:

What Coffee Do I Drink?

Which I am not convinced is an interesting question. Nonetheless I will answer it (though I’ll conveniently gloss over the instant and premium instant stuff).

To be honest, while I try to ‘dial in’ my expertise in brewing the coffee, I don’t think there is a great deal of value in my experimenting with lots of different single source beans. The nuances between different countries and blends are more than likely to be masked by inconsistency in brew timings and technique (these things matter!).

For the time being then, I’ve tended to stick with branded coffee bought from supermarkets. As a Yorkshireman (indeed a Knaresboroughman – a Knaresburgher), I’m ‘instantly’ (yak yak yak) drawn to the coffees produced by Taylors of Harrogate.

I do occasionally buy from smaller and independent producers.

Whilst in the artisan food and drink tent at the Hayfield Country Show (yes such a tent exists; yes I lead such an exciting life), I bought a bag of Costa Rican coffee from the relatively new roastery, Peak Bean (which, presumably like peak oil, we shall shortly reach on the coffee front, if those Shoreditch hipsters keep peddling the stuff).

I’ve also tried out a mail order subscription from Pact, but had to stop as it brought me to the brink of bankruptcy (alright, I was getting through their (very nice) coffee at a pace that I don’t have the funds to support).

Generally I buy ground coffee. More convenient innit. Plus less I can fug up.

However I do own an electric grinder (#grinder).

I bought the grinder, again, when my pre-offspring life afforded me time, disposable income and some semblance of calm.

I had a bag of coffee beans which I bought after a visit to a coffee plantation in Guatemala on our honeymoon-cum-sabbatical (I said I was interested in coffee – the man called El Monty, he said yes).

A bag of coffee which I then carried around South America for the next two months and which required a particularly nerve-wracking rucksack search in the baggage loading area of Quito airport (thankfully things didn’t escalate to a search of my own ‘loading area’).

Also a bag of coffee beans which, by the time I got it home, got sorted with a new flat, bought a grinder and finally ground the contents, was somewhat stale.

My grinder has suddenly become more important to me (#grinder) because whilst I can generally use the same pre-ground (filter) coffee for the cafetière, the filter machine and the Moka pot, I’m discovering that the Aeropress does seem to require a finer grind.

Rather than buy some finer ground coffee (i.e. the stuff sold for making espresso coffee), I bought some beans and cracked out the grinder (#gri… oh you get the idea).

Does Coffee Improve Your Cycling?

So coffee used to be on the WADA list of controlled drugs.

Okay, half truth. Caffeine used to be a prohibited substance.

I remember, back in the day, cyclists had to keep track on the amount of coffee they consumed each day. It was relatively easy to exceed the allowed threshold.

(A quick Google search tells me that pre–2004, caffeine needed to be below 12 microgrammes per millitre of urine, which equates to 6–8 cups of coffee).

So it must do something.

You’ve got to be careful on a blog not to peddle (pedal) half truths (and fake news), but there is evidence that caffeine improves athletic performance.

Although coffee (I’m going to switch from caffeine to coffee) is deemed to give a short term buzz, in fact its benefit is felt in longer term endurance activities. This study (or rather, study of studies) suggests performance improvement of ~3%, albeit with a large variance in results.

The ‘why’ is less clear (well, it’s less clear to someone that is attempting to research this post by spending 5 minutes on Google).

According to this post (which, whilst over 20 years old, still ranks highly in Google… so it must be true…), the effect could be caused by caffeine encouraging muscles to use fat stores rather than glycogen in the early part of exercise. This unused glyocgen is therefore available for use later in the session, resulting in the cyclist having the fuel resources to go faster for longer.

Pro Cyclists Drink Coffee (So It Must Do Something…)

The other ‘evidence’ for the efficacy of coffee in boosting athletic performance is the sheer number of professional cyclists that seem to be pretty obsessed by it.

Romain Bardet and Greg Van Avermaet both bought engraved (yes, engraved) Rocket espresso machines for their team mates by way of thanks for their support in races (Bardet in the Tour de France; GVA in the Rio Olympics road race).

GCN interviewed some riders about their coffee habits just before the start of stage 2 of the 2017 Giro D’Italia (the one wot is going on right now as I publish dis post).

I’m not exactly sure what this tells us (other than that Joe Dombrowski is a bit of a coffee aficionado) but, hell, here’s three minutes of pro cyclists talking about coffee:

As you might expect, the Velominati have a ‘rule’ about coffee (so many rules…).

There is of course a flaw in the ‘it must work because pros drink it’ argument.

‘Use and practice’ in professional cycling has not historically always correlated with the scientific evidence when it comes to determining whether ingesting (or not ingesting) a substance has a measurable performance benefit.

Until relatively recently, professional (mainly French) cyclists were dead against the consumption of salad leaves and chocolate mousse, both of which were deemed to harm performance…

What we do know (as far as my own use and practice goes) is that coffee helps with another morning ‘process’ that reduces weight ahead of a long day in the saddle.

So What Have We Learnt?

As usual with this blog, very little. But then you didn’t come here to learn stuff, did you? (You did!?)

I like coffee. I like cycling. There is something of a symbiotic partnership between the two. Now I’m off to grind my beans.

Let us know in the comments below.

9 thoughts on “Cycling And Coffee: A Stimulating Study”