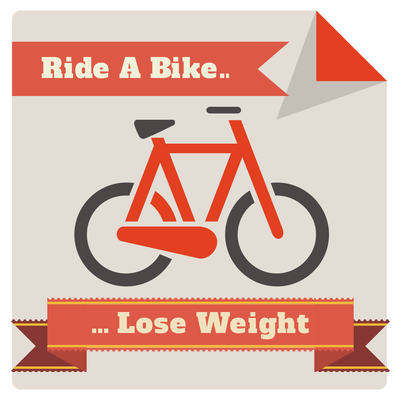 Welcome to the second post in my series looking at weight loss for cyclists. Together we’re getting lean for performance (that’s right, me and you).

Last time we looked at what we’re hoping to achieve, namely:

1. Improving our cycling performance through achieving our optimal ‘racing weight’;

2. Reducing our levels of body fat, both in absolute terms and as a percentage of our overall weight.

We also noted the two (slightly surprising) daily actions that are most likely to result in you losing weight (I’m not going to tell you them here – go back and read my last post!).

In this post, we’re going to look at the specific actions you need to take in order to propel you towards your optimal weight. As before, I’m using as my guide the excellent Racing Weight: How To Get Lean For Peak Performance by Matt Fitzgerald.

Needless to say, a single blog post can’t convey all of the information in the book, so if any of the ideas resonate, I heartily recommend you pick up a copy. For what it’s worth, the book has helped me lose 700g of fat in the past fortnight, so I’ve been very happy with the return on my investment.

The Racing Weight system is based on six steps to fat loss. Or rather, six areas where you can work to take little steps of improvement, with a view to gradually dropping fat without losing muscle at the same time (remember we want to keep the power part of our power:weight ratio as high as possible).

Matt’s dietary ‘philosophy’ (and he might well argue he doesn’t have one – he’s a diet agnostic) is based on principles that mainstream nutritional scientists generally agree on: eat plenty of vegetables and fruit, plump for unprocessed foods over processed, choose the whole-grain version rather than the white one (bread, rice, pasta, etc).

Our aim is to maximise the amount of nutrition you get from each calorie, such that we get all the nutrition we need for maximal performance from fewer overall calories.

So for me, for instance, this has meant shifting wholesale to wholemeal. I’m trying to eat wholemeal pasta and brown rice, where before I may have had more refined versions.

Research suggests that eating less than is required to satisfy your hunger is not a sustainable route to long-term weight loss. Eventually your resolve will fail (and probably fail big).

At the same time, most people eat much more than is required to sustain their bodies.

The purpose of step 2 of the system is to use strategies and tactics to avoid overeating. Three takeaways for me (and I didn’t use that word accidentally):

i) I’m now eating more whilst training (i.e. on rides of greater than 60 minutes) – staying properly fuelled makes you much less likely to overeat after the session has ended

ii) I’m actively trying to ‘spoil’ my appetite – a (healthy) snack 30 minutes before a meal makes me more likely to give out an appropriate portion size, rather than an ‘I’m starving’ version.

iii) Dark chocolate (cocoa content of ~70% or greater) – one small piece eaten as ‘dessert’ is a miracle drug. There’s a bit of sweet to satisfy your need for something … er, sweet. And it is strangely filling, like it’s just filled up the last remaining space in your stomach.

No one can agree on the optimal mix of carbohydrates, protein and fat in the human diet.

However, Matt is very firm in his stance that Atkins and other effectively low-carb diets (e.g. Paleo) are not naturally suited to endurance athletes.

(For the sake of argument, let’s classify ourselves as endurance athletes.)

Proponents of these sorts of diets have been so successful in vilifying carbohydrates, that many athletes these days do not eat enough carbs to maximise performance.

Provided you are not overeating / consuming too many calories (see steps 1 and 2), you don’t need to be afraid of eating carbs to fuel your cycling and other activities.

As I mentioned last week, I’ve jumped into this with both feet. I have a Fitbit Aria digital scale (that’s an affiliate link btw) that sends my vital statistics wirelessly to my Fitbit account. I’ve been keeping a food diary (and on the recommendation of a few readers, I’m trying to get to grips with the My Fitness Pal app, which serves the same purpose).

What I haven’t done yet is link objectively my food intake/body composition monitoring with cycling performance. This is mainly because I haven’t designed (and therefore don’t do) a regular fitness test. So far I’ve been trying to discern a fitness improvement from my Strava data.

I need to find a good fitness test (probably one that takes place on the turbo trainer) and get in the habit of doing it every 4 weeks or so.

This element wasn’t featured in the first edition of Racing Weight (published in 2009), reflecting the fact that research in this area is relatively new.

The idea is that you modify your diet such that more calories are used for short-term energy needs and muscle repair/growth and fewer calories are sent for storage in fat tissues.

In practice this means consuming a higher proportion of carbohydrates earlier in the day when energy is being used to fuel your activities. Protein consumption takes place later in the day, when your muscles are being repaired (i.e. whilst your asleep).

Even though the science is relatively new, intuitively this approach feels correct (and scientists love a bit of intuitition…). My wife and I tend to eat quite late, due to her job. For this evening meal, I’ve made a concerted effort to reduce the proportion of carbs I eat (replacing them with more vegetables, mainly), whilst being a bit more relaxed about the amount of carbs I eat for lunch.

Diet and exercise. Exercise and diet. They go together like tomatoes and basil, fish and chips, sausage roll and baked beans (which I’ve denied myself for at least 3 weeks now…).

For Fitzgerald, exercise is the single most important factor in successful weight management (his book isn’t simply called ‘Weight’). Over 90% of those who successfully lose weight and then keep it off exercise regularly.

As we’ve already discussed, increasing your cycling (or general) fitness by definition moves you towards your optimal body composition (which is probably getting leaner). And you achieve your highest level of fitness through training.

We’ll look at training in more detail in future posts, but by way of a summary, Matt’s take is that many athletes don’t vary their training intensity enough. People tend to do too much work at a moderate intensity, and not enough at the easy and hard end of the scales. His suggestion is that the following split works well: 80% easy / 10% moderate / 10% hard.

Of course, this really depends on what we define as ‘easy’. When you’re just starting out, nothing feels easy. If you live in a hilly area, it takes some time until your fitness levels are such that you can tackle a climb in an easy fashion (I’m guessing, hoping, wishing…).

What You’ve Been Waiting For: My Progress Report

So, does this stuff work?

I’ve been trying to put the Racing Weight principles into practice, without turning into a humourless automaton (er, or something). As mentioned, I’ve been keeping a food diary – initially as a Google doc and now using the My Fitness Pal app (incidentally, my cycling blogger pal Al at Scarletfire.co.uk recently wrote a great post on using MyFitnessPal to lose weight).

I’ve also kept up my ‘training’ following the conclusion of my 30 Days of Cycling Challenge. Whilst I haven’t quite been cycling every day (I thought I’d award myself the odd rest day), the volume and intensity of my riding has certainly been going up. We’re halfway into July and I’m well ahead of the equivalent period in June in terms of distance covered (and, I’d guess, metres climbed).

With body fat measuring scales, accuracy can be a bit of an issue. You have to follow the numbers over time. I’ve got into the habit of ‘weighing in’ each day after my post-breakfast, ahem, morning constitutional. I’ve got nearly 3 weeks of data now.

As I let slip at the top of the post, I believe I’ve lost around 700g of fat since Tuesday 1st July. This means my body fat percentage has dropped by a whopping 0.7%. From small acorns, etc, etc.

Actually, it’s been quite gratifying – the fat percentage has been dropping, little by little, every day or two. This at least gives me the impression there is a direct relationship between my self-control in the kitchen and waist-control in bathroom.

I had feedback that the Fitbit chart I screengrabbed in my last post looked awfully flat, so here’s a chart what I made with Excel:

That’s enough self-congratulation from my side. Coming soon on the blog is a guest post from reader and prolific cyclo-videographer Giles Roadnight on how he lost a whopping 8 stones by making one simple (but not easy) change to his lifestyle. Prepared to be informed, entertained and inspired.

In the meantime, leave me a comment below (go orn…).

How is your training going? Have you been getting lean for performance? Where are my keys?

Until next time, safe cycling….

5 thoughts on “Cycling For Weight Loss (Or Should That Be The Other Way Around…?)”