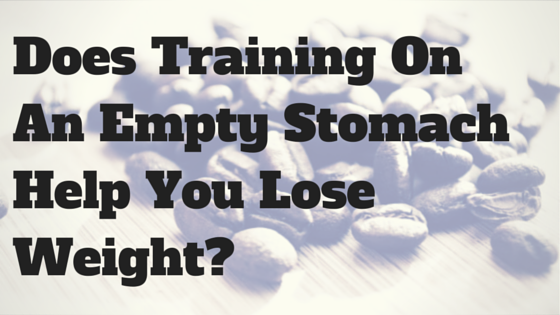 It’s a perennial question (and sometimes a perineal one).

If, broadly speaking, consuming too many calories and not burning them off leads to increased body fat storage, surely training without taking in any calories is going to tip the scales in your favour?

I’ve been asked about the subject of ride nutrition in the past. I didn’t know much then. I don’t know a great deal more now. But I’m eager to explore. Let’s take a look.

The basic presumption when it comes to eating and exercise, is that you should try to be fully fuelled for a session.

There are certainly types of training, and shorter session lengths, where you won’t want or need to take on fuel. For everything else, the starting point is to assume that you’ll need to eat (or drink) calories before, during or after the session (and sometimes all three).

It’s generally accepted that you don’t increase fitness whilst training. During the session you placing stress on your aerobic system and your muscles. The increase in fitness takes place after the training ‘dose’ (as Friel puts it), when your body (hopefully) rebuilds itself to be stronger than it was before (known as ‘overcompensation’).

There is a growing body of evidence that the most effective way to build fitness is to undertake a programme made up of some high intensity sessions along with a reasonable volume of low intensity training.

The trick is to make the high intensity sessions really count. A key component of doing that is to make sure you have sufficient fuel to carry out the session.

The danger when trying simultaneously to reduce your calorie intake for weight loss, is that your ‘high intensity’ session becomes a shortened, moderate intensity ride because you bonked half way round.

In my unscientific opinion, the best way (for an aspiring cyclist) to achieve a long term reduction in fat is to achieve and maintain a good level of fitness on the bike.

Everything is easier when you feel fit. You stack the cards in your favour.

Your general motivation to undertake physical activity tends to be higher. You feel better squeezing into revealing lycra.

The canon of potential climbs to conquer increases in line with your confidence and ability. You can ride further, exploring new routes and challenges. The local club ride becomes a possibility rather than an embarrassing abort-after–5-minutes affair.

How the fitness virtuous circle manifests itself will differ from rider to rider, but my point is that improving your fitness level should be your main priority, even if you really want to shed some pounds.

All of which is a long way of saying that decisions over the fuelling for individual training sessions should be made to prioritise long term fitness gain over short term (potential) weight loss.

Winning The Battle But Losing The War

It’s not even certain that starving yourself when training does result in short term fat loss. In fact, there is evidence of quite the opposite.

According to Matt Fitzgerald in his excellent book, Racing Weight: How to Get Lean for Peak Performance, studies have shown that athletes who do not eat sufficient food whilst training have a greater tendency to overeat in the hours following the session.

In the study cited above, the total number of calories consumed over an exercise day by a participant was lower when the participant took on fuel (gels, sports drink, pork pies) during the exercise itself, versus training with water only. Racing Weight: How to Get Lean for Peak Performance

My favourite book on how to get lean (and look good-ish) *and* perform strongly on the bike. Full of clear, actionable advice.

Sample Size of One (Which Is Me)

I know from personal experience that in cases where I haven’t eaten following a good ride, I have a tendency to:

(i) choose less healthy food options for a meal later that day (“I’ve earnt it…”); and

(ii) give myself a larger portion of food at the next meal (my ability to deal with temptation is reduced).

Fitzgerald notes that the converse is true for athletes that are well fuelled during the session, or, for a shorter ride, eat a sensible post-ride snack. These athletes tend not to overeat in the hours that follow.

In short, if you are going to err on the side of fewer calories consumed during training sessions, be aware that you may need to work harder (in terms of resolve) to make sure you don’t replace those calories (and more) over the remainder of the day.

Rule 5 (Not The Velominati One)

(Which is a sub-heading that might not mean much to you – if not, here is the other rule 5).

As long time readers of this blog will know, the aforementioned ‘Racing Weight’ is my favourite book on losing weight / getting lean / eating for performance. It’s based on a few (sensible) rules.

Fuelling during a training session is ‘Rule 5’ (the ‘rule’ being ‘you should’).

Rule 5 (energy) gels with Rule 4, Eat Before Exercise, which:

and Rule 6, Eat After Exercise:

(In dealing with Rule 6, I might have, er, paraphrased Fitzgerald somewhat. If you’re interested in learning more about the first bullet point, which is known as Energy Partitioning, I found this TrainingPeaks article useful – though note that it’s guest written by a nutrition company…).

BUT(T) – It All Depends On What Exercise You’re Doing

Remember the central Racing Weight concept (which we’ve co-opted here at the Church Of The Sportive Cyclist):

Eating that promotes athletic endurance performance is the best way to get lean.

For eating before and after the session, there is not the same prohibition for short or easy rides. But use this ride length/intensity framework to temper the types and amounts of food you eat.

For a recovery ride, you do not eat to be jacked up on carbs and caffeine prior to leaving the house. A large curry consumed upon completion will do more harm in terms of fat storage than it will benefit your future performance by promoting the repair of those barely stressed leg muscles.

What To Eat Whilst Riding

This could be a post all by itself (and I’d guess there are about a million such posts, if you want to search for them).

Risking the ire of the vast sports nutrition industry, I’d say that what you eat (or drink, since we’re talking sports drinks as well) whilst riding is relatively unimportant (within certain limits).

To be clear, that post-ride curry shouldn’t be an intra-ride one either. Scotch eggs, questionable (can you smell gas?).

But the most important thing is to find something (or a few somethings) that provides energy, that you find appetising (or at least get-downable) and that doesn’t cause you discomfort in t’ guts.

Two observations from the pro peloton:

This tendency towards the latter means that pro teams accept the former.

Better to maximise your chances of consuming something, than to obsess other the nutritional content of a super fuel that the rider can’t, or won’t, get down their gullet.

Sweets For My Sweet

Clearly the risk of losing interest in food is greater for longer, more tiring rides, where your appetite for yet another sickly sweet sports drink or gel starts to wane.

But you still have some leeway on shorter rides to eat what, at other non-exercise times, might be described as junk.

Specially formulated sports drinks are not vital to optimal performance (well, they might be, but I’m in no danger of achieving an optimal performance, whatever I fuel with). Something high in sugar and potentially with a little salt will do just fine.

I’ve quite happily ridden (and not bonked) whilst fuelled by Jelly Babies (which do have a little salt in each one), Haribo, bananas. And crisps (one of the options offered at RideLondon, presumably for commercial reasons).

Oh yes, and cake. Hell, what’s the point of a long ride if it doesn’t include a coffee and cake stop…?

Sugar For My Honey

If I was slightly more scientific in my writing, I’d mention that the boffins reckon that, at most, 60g of carbohydrates can be consumed each hour. There’s no point in consuming any more (assuming you can stomach it).

Depending on the brand, that 60g corresponds to between one and three energy gel sachets. Suddenly that jam sandwich doesn’t sound too bad after all…

Not eating whilst training, in order to lose weight, runs the risk of doing the opposite.

Eat for performance first. Your body composition will follow.

As to what to eat, I’m sure I’ll come back to the topic in future posts.

For now though, a delve into the Sportive Cyclist archives throws up a post I wrote ahead of my first 100 mile sportive (aka RideLondon 2013).

It’s a little OTT, but may contain the odd grain of wisdom.

5 thoughts on “Does Training On An Empty Stomach Help You Lose Weight?”