If you’re not lusting after your next bike (I know you’ve got your eye on something), chances are you’re lusting after a bit of bling to attach to your handlebars (no, not a diamante-encrusted bike light).

Blingiest of the blingiest in the GPS bike computer stakes is the Garmin Edge 1000. Being at the top of the Garmin range, it does almost everything for you except pedal.

In this post I look at the key differences (and similarities) between the two devices, in case you should ever find yourself having to choose between buying one or t’other (or neither).

Who stays? YOU decide. Or something. On with the comparison.

Both the Edge 1000 and its 810 sibling do fundamentally the same job. They’re bike computers.

Attached to your bike (generally somewhere on or near the handlebars), they measure (using others sensors if required) and display a range of data items relating to your ride: speed, cadence, distance covered, height climbed, heart rate, power… (the list goes on…).

They’re both GPS devices. They track where you’ve ridden and can pinpoint you to your present location. Combined with the in-built mapping, both units provide navigation assistance, similar to a car sat-nav.

They’re both sophisticated training aids. If structured training is your bag, both devices have a range of features that help you to train in specific heart rate or power zones. There are an infinite* range of ways this data can be displayed on the screen as you ride.

Talking of screens, both units feature colour (color…) touch-screen displays that still work (most of the time) when it rains or if you’re wearing gloves (unlike smartphone screens).

That said, sometimes it’s nice to splash out on a posh bit of kit (and benefit from the navigation features not present on the 510/500). So let’s compare the key differences between the 1000 and the 810.

Garmin is likely to support both devices for the foreseeable future (they’ve only just stopped updating the firmware on the 500) so this shouldn’t be a huge factor in your decision (unless you’re a fan of the new new thing…).

Size and (Most Importantly) Weight

At ~115g, the 1000 weighs a whole 17g more than the 810. That’s equivalent to 3 jelly babies. I’m sure you can find better ways to save 3 jelly babies of weight than to pick a smaller bike computer…. (like maybe reducing your own extra mass, perchance…).

Talking of size, the 1000 is a couple of cm longer (taller?) than the 810, but is a touch thinner (i.e. the distance from the front of the screen to the back of the unit).

Really, it doesn’t feel like size makes much of a difference. There will be some people debating between using a dedicated Garmin or their smartphone as their bike computer of choice. To all intents and purposes the Edge 1000 is the size of a smartphone. The 810 is a bit (20%-ish) smaller.

As mentioned, the Edge 1000 and 810 are similar in terms of navigation and mapping. You can upload a route that you’ve designed on your computer (or smartphone) or use the device itself to calculate one.

Both use actual maps rather than a simple list of waypoints to plot routes (the 500 and 510 use the latter approach). As a result, the 1000 and 810 both ‘know’ which street you’re on and which streets are around you. If you go off course, they can update the route for you on the fly, rather than giving you the slightly impotent suggestion that you should ‘head east’…

The only difference (as far as I can see) in terms of route planning, is that the 1000 allows you to create a round trip using only the device itself. The 810 is presumably limited to point-to-point routes.

I’m trying to think how often I would elect to plan a circular route directly on a bike GPS device, rather than doing it on a substantially larger computer (laptop…, ipad…) screen and uploading. Answer: almost never. I’ll let you decide how much value you’d put on having this feature.

Whilst we’re on the subject of map-reading (we were!)…

The Edge 1000 has a larger screen than the 810, so you’ll be able to see the detail on the maps more clearly.

If you’d like a bigger screen, get the 1000. Pretty clear advice, there.

So when it comes to GPS, there are US satellites and there are Russian ones (who knew?).

Strictly, I think the American version is called GPS; the Russian version of the system is called GLONASS (which to me sounds faintly Bond-ian and therefore a lot cooler and).

Strangely, the 810 only uses GPS and is therefore marginally slower to lock on to the required number of satellites versus devices that use both systems. Strange indeed, as the 810’s smaller, cheaper and less ‘mappy’ sibling, the Edge 510 supports both GPS and GLONASS.

Anyhoo, the Edge 1000 uses both systems as well. So, if you’re after a GPS device that has ‘proper’ navigation and can speak to Russian spacecraft, the choice is pretty clear.

I’m not going to go into too much detail on this (if it’s important to your buying decision, you’d do worse than look at the DC Rainmaker review of the 1000), but the 1000 is better suited to riders that have lots of bikes, data sensors and ‘activity profiles’ (i.e. different ways they want the Edge set up for different activities: training, racing, indoor, etc).

The newer device doesn’t force you to pair specific sensors (speed/cadence, power meters, etc) with particular bike profiles (in fact there is no such thing as a ‘bike profile’ on the 1000). Instead, for whatever activity you’re about to do, you can select the appropriate sensor(s) from those that are there and switched on at the time.

Not a huge benefit to me (as the owner of a limited number of sensors) but could be for you. If it is, maybe the Edge 1000 would be the better choice.

Talking of sensors… (we were!)

Both the 1000 and the 810 have the ability to communicate using Bluetooth.

For data coming in from sensors, both devices use ANT+ to communicate (primarily because it’s a Garmin-owned protocol). However, for speaking to your smartphone (to upload routes, enable live-tracking, sync-ing data with Garmin Connect/Strava), they use Bluetooth.

The main difference between the two (1000 and 810) is that the Edge 1000 supports Bluetooth Smart, which means that it can pull in data from sensors that use Bluetooth Smart (such as a Bluetooth Smart heart rate strap), giving you that little bit extra flexibility to pick and choose how your GPS device receives its data..

The Edge 810, since it uses older Bluetooth technology, you are limited only to sending data from the Edge to your smartphone. It can’t, for instance, pick up your heart rate data coming in from a Bluetooth Smart heart rate monitor.

And thus begins the catch-all section for various Edge 1000 features that don’t warrant a heading each.

The 1000 is the first Garmin to integrate with Shimano’s Di2 electronic gearing system (it can display your current gear selection, plus records number of changes, etc, for later analysis). This could well be useful to you, particularly if, like me, you spend too much time looking back at your cassette to work out whether you’ve got any lower gears left.

That said, we could well see the 810 (and the 510) updated with the same feature (it would only require an update to the device firmware/software/whateverware).

On a similar software tip, the 1000 comes pre-loaded with a workout that you can use (with the help of a power meter) to determine your Functional Threshold Power (FTP). Knowing this allows you (your coach, a book, a website) to calculate your power training zones (‘power’ being the new ‘heart rate’ don’t-ya-know).

If you are the proud owner of a power meter (and you actually use it), conveniently being able to calculate your FTP is possibly a helpful feature.

Finally, the stated battery life on the Edge 1000 is two hours shorter than that on the Edge 810. The former lasts for up to 15 hours; the latter for up to 17. This might be a deal-breaker if you regularly go for 16 hour bike rides.

What Is The Difference In Price?

But as you can see in the table below, for the Edge device only (i.e. without heart rate strap and speed/cadence sensor), the actual price difference is about £60 in the UK and $80 in the US.

Conclusion (Which Is Better?)

Ach, who knows. It’s your money.

Okay, well if it was me, I would go with the Edge 1000. The price difference is not huge (particularly when you’ve already made the mental leap towards buying a premium GPS device). The 1000 has the bigger screen, making navigation easier.

As the newer model, it is more future proof and more likely to see new software features being implemented first.

That all said, if you can’t stretch to the 1000, I’m sure the 810 will do a fine job of telling you where to go and recording where you’ve been. And you may be able to find a good bargain.

And with that rather flaccid conclusion, I will flounce out of the room, leaving you with your wallet and your conscience.

Both the Edge 1000 or Edge 810 are older Garmin models, so availability might be limited (indeed, I’ve had to link below to the newer Edge 820 rather than the 810).

Anyhoo, the boxes below contain the (somewhat) relevant links to Amazon.

(Note: These are affiliate links. If you click and buy something, I get a commission. You don’t pay any extra). 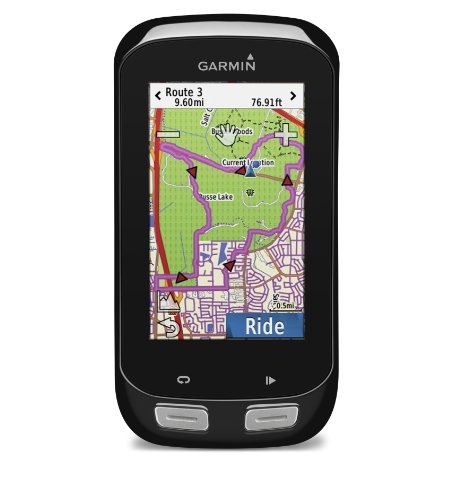 Garmin Edge 1000 Buy Now
If you click this link and make a purchase, I earn a commission at no additional cost to you. 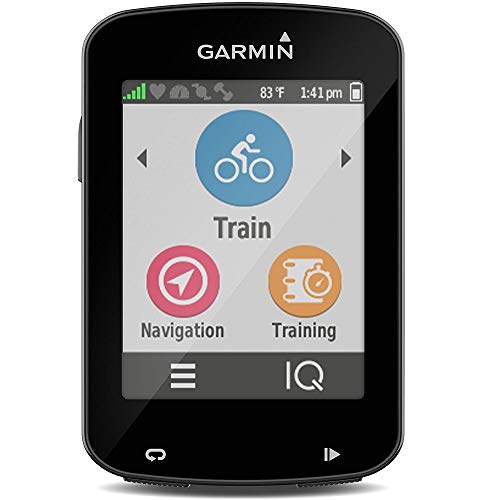 Garmin Edge 820 Buy Now
If you click this link and make a purchase, I earn a commission at no additional cost to you.