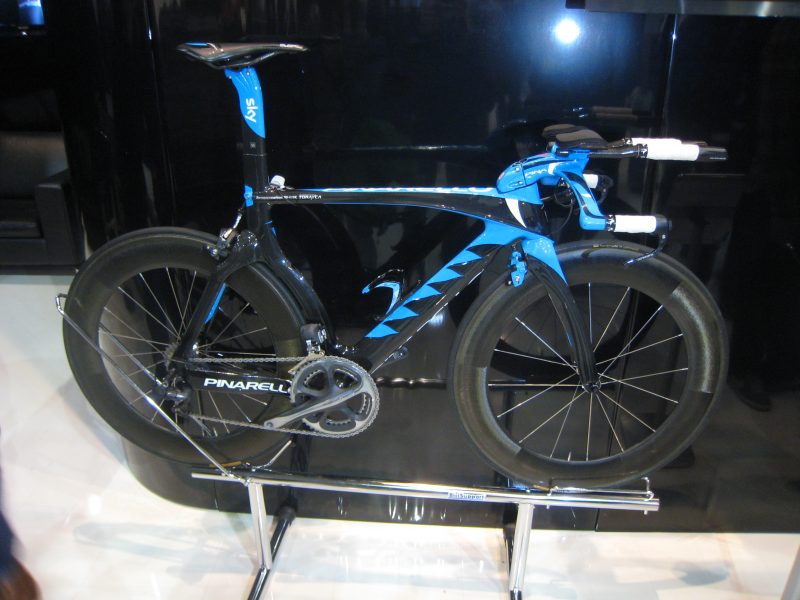 Way back in the mists of time, I conducted a survey of Sportive Cyclist email subscribers, asking them for their biggest frustration with cycling.

There were complaints about the state of British roads (and those of Azerbaijan) and the standard of cycling when riding as a group, but the main frustration was the lack of time to go cycling.

This is understandable. We live busy lives. We have time-consuming jobs, family commitments, the new series of Strictly Come Dancing.

The purpose of this post is to explore the theme of lack of time for cycling, and some of the strategies that we can employ to address it.

Important note: This post is very much written *at* me, as well as by me. As a full-time worker, big leagues ‘content creator’, disappointing parent and startling lover, I grapple with this issue on a daily basis. I thus do not apologise if the tone strays into ‘preachey’ – I need some good hard preaching to follow my own advice sometimes.

I’m going to go out on a limb here and suggest that the main factor that limits your ability to do more cycling is not a lack of time. [Wait, what?]

In fact, I’m prepared to bet* that there is enough ‘down time’ within your weekly schedule to undertake a pretty substantial cycling training programme.

The issue is how we decide to use our time and how we deal with the other factors (work, family, esoteric hobbies, Facebook) that exert an influence on that decision-making process.

My hypothesis is that with an understanding of (ok, a basic guess at) human psychology and by employing some ‘simple’ tactics, we can eke out that bit of extra time that we’d all like to spend out on the bike.

Humans tend to say (or even think) one thing and mean another.

Or think one thing and also think another contradictory thing, both at the same time time (known as ‘cognitive dissonance‘ psychology fans).

Even taking into account work, spending time with family and other ‘must do’ commitments, there is enough time for cycling.

I wonder if, rather than tackling the ephemeral issue ‘lack of time for cycling’, we should try (try…) dealing with the more specific issues that prevent us spending time on our bikes.

Here is an inexhaustive list of potential ‘actual’ reasons for not finding the time:

In fact, it’s impossible therefore to address ‘lack of time’ without breaking the problem down into its constituent parts.

No one can magically create extra time each week. Everyone has the same 168 hours.

But we can deal (hopefully) with the underlying causes of our lack of time.

Armed with our list of real reasons why we’re not cycling more, we can start to address them.

Addressing The ‘Real Reasons’ For Lack Of Time For Cycling

To address each and every cause of cycling time starvation is outside the scope of one blog post (what I really mean is: I can’t be arsed right now).

However, as an example, I thought I’d look at one general strategy for getting more done and then a few specific tactics.

I’ve mentioned it before, both on the blog and in my guide to your first long distance (which is available for free to email subscribers here), but decision-making has a surprising ability to sap willpower.

Even making the smallest decisions, accumulated throughout the day, have the ability to drain your resolve to the point where all you can do is watch Gogglebox in your pants whilst watching cat videos on your iPhone.

Solution: reduce the number of decisions that you need to make, particularly where those decisions are not fundamental to what you want to achieve.

Barack Obama wears only blue or grey suits so he doesn’t waste mental energy on non-vital decisions (though I’d argue he should pick just one colo(u)r and stick with that).

Say you’re planning to ride first thing tomorrow morning. Take steps to remove decision-making from the process that occurs between your bed (or wherever you’d rather be) and the moment you start riding the bike.

Lay out your cycling clothes before you go to bed. Fill your water bottle; put your food and money in the jersey pocket

Look at the weather forecast and prepare yourself mentally for whatever it holds. If rain is due, make sure your waterproof is to hand. Consciously tell yourself that you’ve ridden in the rain before and enjoyed it. Staying in bed just because it’s raining is no longer an acceptable excuse.

When you wake up, you don’t need to decide to go cycling. That decision has already been made.

Get Up An Hour Earlier

Before we look at the beginning of the day, let’s start at the end. If your free time occurs after 8pm, when work is done and the kids are in bed, what are you doing with that time? Eating dinner is probably acceptable.

Watching re-runs of Grand Designs before sinking into TOWIE-inspired funk of despair could be considered an area for possible ‘time optimisation’.

There’s time for dinner and some property-based televisual programming. Record anything that’s on later. Don’t watch the news (it’s pointless).

If you already cycle to work, consider adapting your commute to derive maximum training benefit from it. In fact, I wrote a guest post on the London Cyclist website about exactly this subject.

Cycle With Your Kids And / Or Partner

Now I appreciate that the ideal ride would be on your finely-tuned road bike, following European-smooth roads, with glorious sunshine, high quality espresso coffee stop and a chilled beer with which to rehydrate.

But this is not an ideal world.

If your particular challenge is integrating cycling with a desire to spend time with your partner or kids, then the obvious solution would be to try to combine the two, at least part of the time.

This does come with its own particular breed of faff. You now have 3-4 bikes to set up or transport, rather than one. You may not achieve today’s target training intensity level.

But at least you’re staying in the habit of getting out on the bike, and you’re cultivating an interest in cycling amongst family members that may pay a dividend in the future when you announce that this year’s family holiday is a team training block in a hotel half way up a volcano.

If your kids are young enough to be in seats attached to the back of your bike (probably not your carbon one) or pulled along in a trailer, then you have the opportunity to train with a massive weight handicap (like a set of heavy winter training wheels but with more propensity to cry).

When you go back to your usual road bike, and only have your own massive weight handicap to deal with, you’ll feel like you’re flying up those hills.

Break Out The Dreaded Turbo

During the working week, finding time during the day to get out on your bike can be a challenge. As the nights draw in, riding after work or child care becomes less appealing.

If you have the space (and the inclination), a couple of sessions on the indoor trainer each week, in addition to outside rides at the weekend, could be just the ticket for maintaining your fitness over the winter (and probably in the summer).

I’m going to be writing more about indoor cycling training in the coming months (I’ve already started with my first Zwift training plan). Pain cave upgrade content is on the way.

At some point I’ll be updating my guide to indoor trainers.

As I flagged at the start, this post has tended towards the ‘preach-y’.

Much as it pains me to say it (for I am as guilty as the rest), ‘not having enough time’ is a bit of fallacy.

I can think of multiple times in the last week, where time was there, but I faffed around (probably on this blog) and the window of opportunity went.

This post marks my stated intention to work harder to make the time to ride regularly through these upcoming winter months.

Will you join me?

7 thoughts on “How To Make More Time For Cycling”