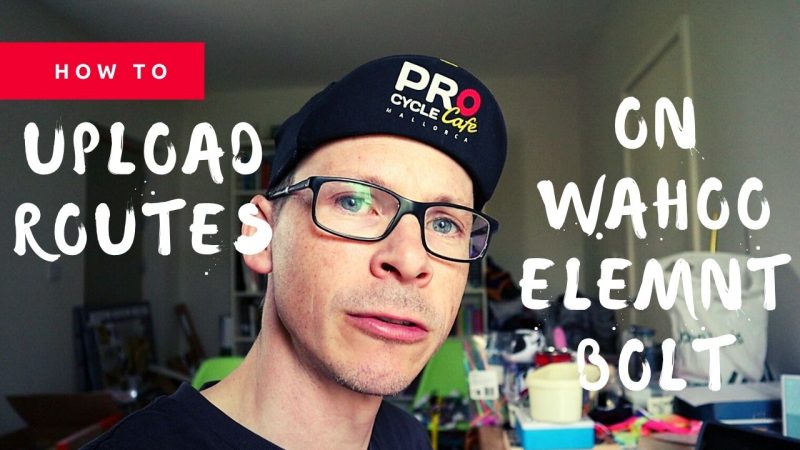 In this blog post, along with an accompanying, short video I explain how to upload a GPS cycling route to the bike computer.

For the example in the video, I used RideWithGPS as the mapping software, and in fact, someone else (the organiser of the Spring Forward Sportive) had created the route.

All I did was to sync it with the Wahoo ELEMNT smartphone app and, from there, sync it with my own GPS device. Simples!

The principle is the same if you want to upload routes to your Wahoo device from other software platforms: get them syncing and, hey presto, it should all just work.

Also, whilst I don’t own either the original ELEMNT bike GPS or the ELEMNT ROAM, I am pretty sure the process is the same.

Anyway, here is the video showing me doing it:

Products Mentioned In This Video 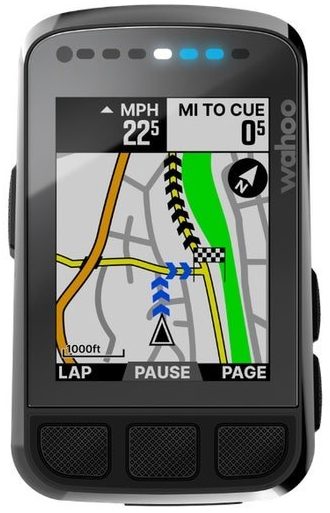 👻 Very easy to set up and use.

Check price - Wahoo
If you click this link and make a purchase, I earn a commission at no additional cost to you.

How To Upload A Cycle Route To The (The Hard Way)

And by ‘hard way’ I of course mean ‘quite easy’. Because most things about the ELEMNT BOLT are pretty easy. In fact, my first route upload experience almost happened by accident.

I had an early opportunity to test the navigation capabilities of the BOLT outside my local area. Not long after buying the BOLT, I participated on a ‘Cycle Day’ organised by my august (note: not August – I work there all year…) employer. Essentially it was a supported mini-sportive to entertain customers that aren’t that bothered about golf, but are bothered about lycra (cycling of course being the new golf…).

Unnywho, the ride was in Warwickshire, which I don’t know well, and the organisers supplied a gpx file of the route. Although I knew that there would be ride leaders with every group, providing human navigation rather than satellite, I thought I’d still try out the BOLT.

Here’s What I Did: 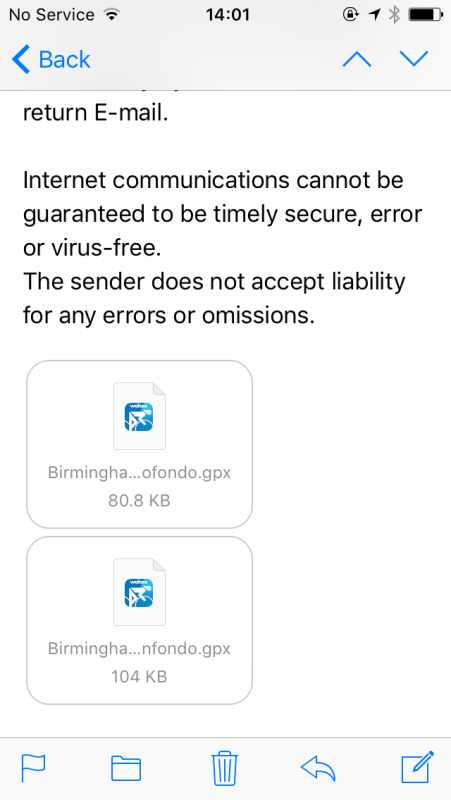 A quick tap on the icon within the email and the ‘what do you want to do with it?’ option box popped up. Lo and behold, there was an ‘Import with ELEMNT’ icon. Intriguing.

And reader I tapped it. 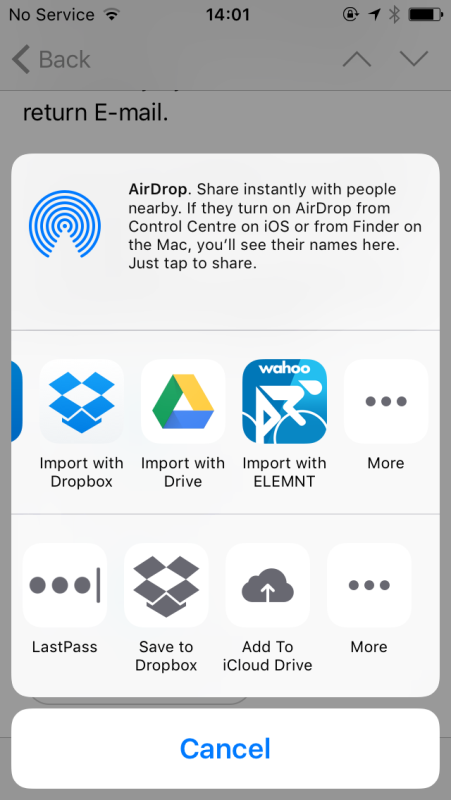 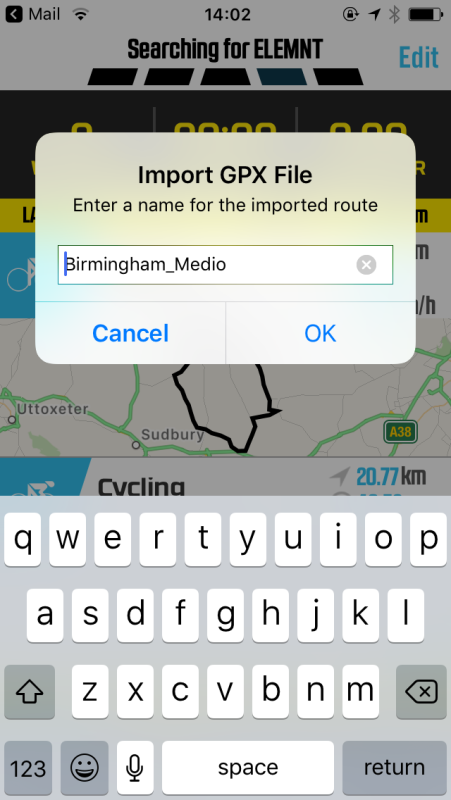 Boom! There it was in my list of routes in the Wahoo app…. 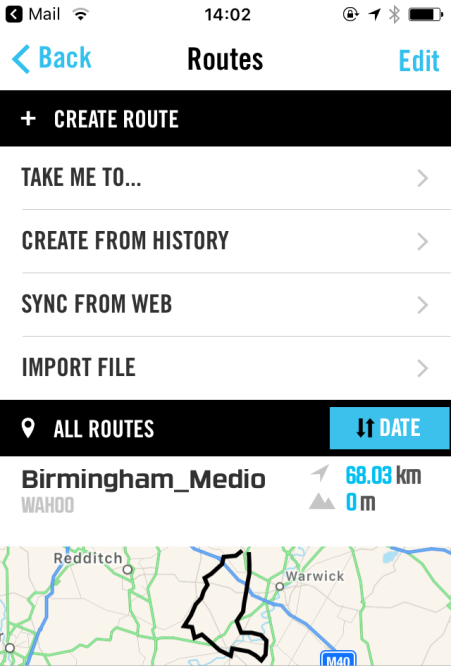 … ready to be investigated in more detail:

Come Cycle Day, all I had to do was find the route on my BOLT device and then follow it.

Now disappointingly, it was my iPhone that let me down on the day. I didn’t get many photos, certainly none of them demonstrated the navigational capabilities of the BOLT.

In any event, like those created via Strava, the route file supplied by the ride organisers didn’t contain turn-by-turn directions (shame on them!), so it wasn’t flashing up directional cues to me on the ride anyway.

You’ll have to wait until later on this post in order to see photovisualimagery of the BOLT in route-following action (ooh Monty, you tease…).

Whilst the above ‘accidental upload’ (which would be the name of my ’80s revival experimental synth-pop band) filled me with a surprising amount of delight, it turns out there is an even easier and more effective way of uploading routes to the BOLT (and I assume the bog-standard ELEMNT as well).

I’ve hinted at it already.

All you have to do is create a route in an app like RideWithGPS, make sure that your account on said app is connected with your Wahoo account, and then sync the two. Any rides created in RideWithGPS (or whatever) should then just pop up on the list of routes, whether that’s in the Wahoo app… 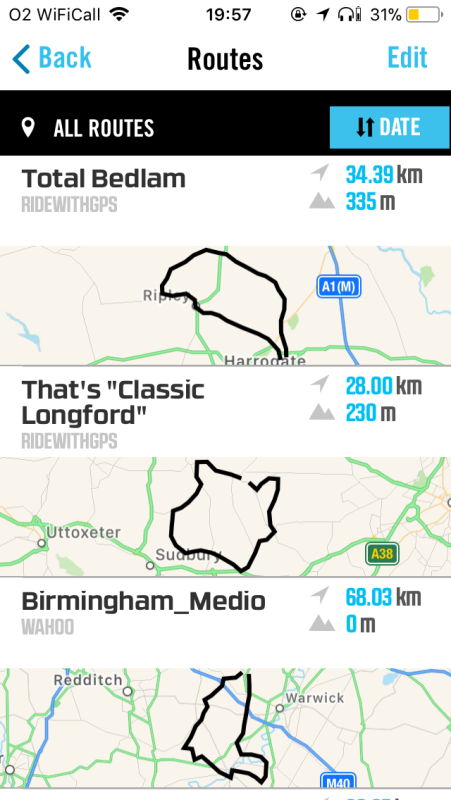 … Or on the BOLT device itself. 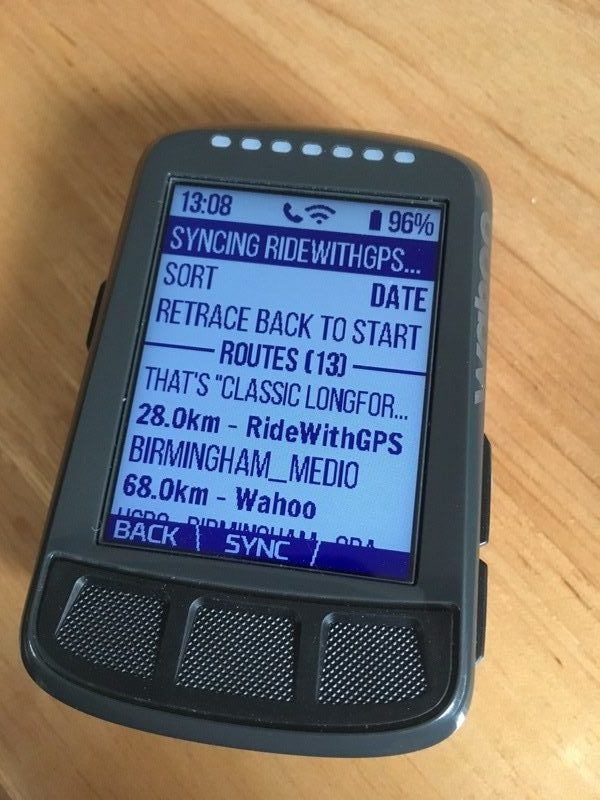 Now this is really complicated. No, wait, typo. I meant really easy. Do this:

Here is a photo of my thumb as it embarks on the challenge of completing step 5 above. Note how tired it looks. 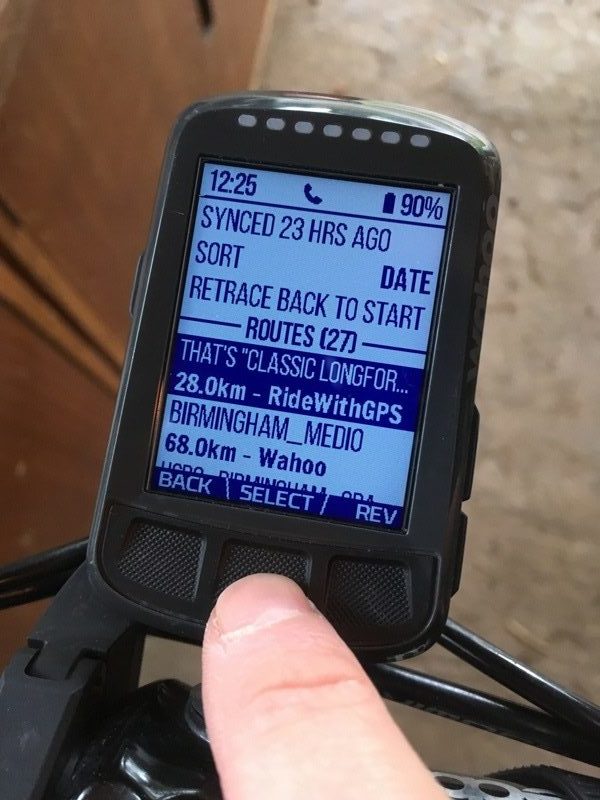