Monty is an enthusiastic road cyclist with only moderate talent. He started Sportive Cyclist in 2013 to record the journey to his first 100 mile ride, the RideLondon 100. Over time the blog has expanded to include training advice, gear reviews and road cycling tales, all from the perspective of a not-very-fit MAMIL. Since you're here, Monty would also like you to check out his YouTube channel and subscribe to receive email updates. Also, Monty really needs to stop referring to himself in the third person. 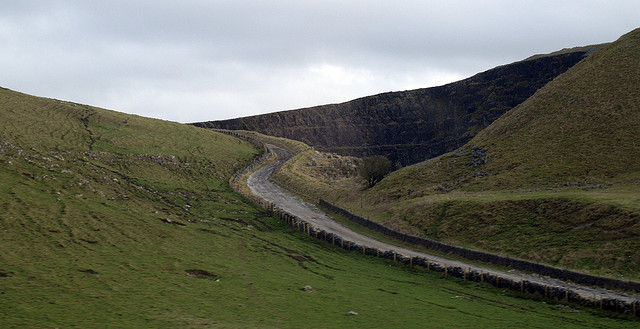 In this post, I recount my experience at the Peak Epic Sportive, which took place last Sunday (23rd June) in the Peak District.

Today’s joint sponsors are the driving rain and the howling wind. I would also like thank my friends: mental torment and exhilarated exhaustion.

This post is part of a series of sportive reviews, which I hope to build up as I ride in more events.

As I’ve said before, these reviews are not intended be exhaustive accounts. Instead, I aim to give a flavour of the event, from my own perspective as a (very) recreational road cyclist. Hopefully, from this, you’ll be able to decide whether you’d like to take part in future runnings of the event.

If you read my post about how bike gears work (if you didn’t, you can find it here), you may recall that I discovered that there was more to the subject than could be covered in a single outing.

It turns out (because, yes, sometimes I write these introductory sections AFTER I’ve written the body of a post), that there are many interesting things* that you can say about each of the components that form the drive train of a road bike.

So today I lift the lid on the many and varied charms of chain rings. Enjoy…

I am in no doubt that employing a cycling coach would lead to an exponential improvement in my performance on the bike. Yet, whilst I frequently consider hypothetical scenarios for spending thousands of pounds to ‘build out’ my portfolio of bikes, I have tended to dismiss coaching as being too expensive or in some way not for me.

Today’s post comes in the form of guest submission from professional cyclist and coach Tomás Metcalfe. Tomás is going to present the case for why recreational riders should consider employing a cycling coach. If you want more information, or to contact Tomás, his website is at SwiftMomentumSports.com.

Without further ado, over to Tomás.

Welcome back to the third post in my series recording my training for the inaugural RideLondon 100, taking place on 4 August.

That’s a disappointingly short 52 days away from now (as I write this, obviously).

If you want to read posts 1 and 2 in this sorry series, they can be found ici and aquí.

First let’s start with some stats

Welcome to the third post in my series looking at the materials used to build bike frames.

Here are the links to the previous articles:

**UPDATE: The full list of ‘materials’ posts can be found on my new page dedicated to bike building: How To Build A Bike **

In this post we’re going to look at the metal that my superhero alter-ego would have his balls made out of: titanium.

And on that bombshell (egg-shell), we should probably move swiftly on….

As an avid pro-cycling fan, and particularly of the Grand Tours, I have always been fascinated by the classifications given to the climbs along the route.

The sight of one or more Hors Catégorie climbs on the route profile for the following day’s stage means that I’ll have to clear my schedule for an afternoon spent glued to the television.

But how do the climb classifications seen in the Tour de France or the Giro correspond to those that appear on our recently completed Strava or MapMyRide route? 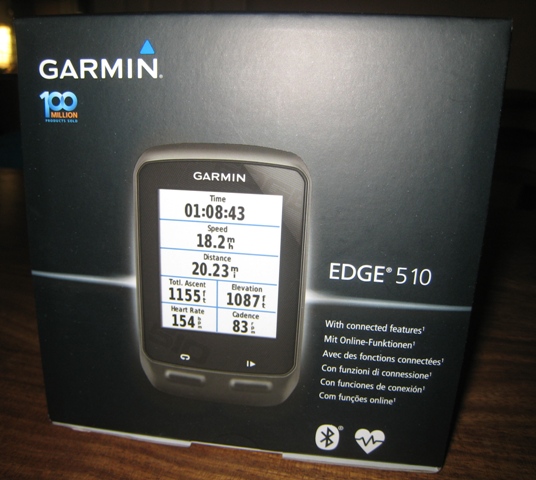 Last week it was my birthday (34th). I was lucky enough to receive a Garmin Edge 510 as a present from my wife.

It would have been spectacular if my wife had selected the Edge 510 without any assistance, or if she had purchased it as a result of reading my Which Bike GPS post.

That wasn’t the case.

Gears are a pretty fundamental part of the modern bicycle.

In fact, as the handlebar-moustache-sporting, Victorian gents amongst you will know, the introduction of gear rings and chains spelt the end for the Hi-wheel (the Penny Farthing to you and I) and other direct drive bicycles.

By varying the size of the chainring at the front and the sprockets (or cogs) at the back, cyclists could generate greater speeder without having to spin the pedals at ever-increasing RPMs (or balance precariously above gigantic front wheels).

In this post, I’m going to give an introduction to bike gears.

Since this is a blog about road cycling, I’ll stick to talking about derailleur gears (i.e. the ones seen on road bikes). Conveniently, this means I can avoid having to admit that I really don’t understand how hub gears work (what? ah…).

Read moreBike Gears: How Do They Work

I’m seeing more and more photos of stolen bikes being retweeted on Twitter.

Partly this is due to an increase in the use of social media to track down missing bikes, but it reflects a genuine increase in bicycles being stolen.

According to analysis from UCL, cycle theft is increasing (this is based on victim survey data; police statistics suggest the level remains static).

Bike security used to be about find somewhere safe to park your steed, then using two locks to put off would-be bike-snatchers.  Increasingly it seems that thieves are stealing bikes from owner’s garages and sheds – bikes worth thousands of pounds, which their owners would never dream of leaving chained to a rusty lamp-post.

The UK police even believe that dirty snafflers are using Strava and other route-mapping apps to identify target addresses (tip: make sure you have ‘privacy’ switched on, in order to hide your start/finish point).

In this post I look at one way a bike owner can protect himself from (financial) pain, should an acrobatic cat-burglar gain access to his Fort Know-style bike cave: bicycle insurance.

(For the more aggressive amongst you, next week I will look at how you can convert an innocent looking bicycle pump into a 50,000 volt taser.)

Read moreBicycle Insurance: What You Need To Know

Do you ever feel frustration when searching for cycle routes on the internet? I do.

I struggle to find courses that have been properly curated and accurately described. When looking at a Jackson Pollock of route markers on a website, it’s difficult to decide whether the route is suitable for me.

There has to be a better way than Google Streetview-ing my way around the A roads of England in order to find my perfect cycle loop.

Oh yay! Oh yay! The rot stops here. At least for the people of south Derbyshire and the Peak District (and anyone visiting the area).