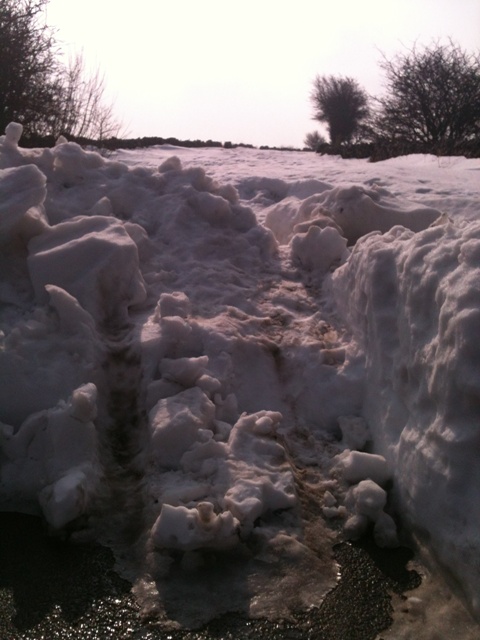 This is the second instalment in a series of posts recording the progress of my training towards RideLondon 100, the 100-mile cyclosportive taking place in and around London on 4 August.

My first training update can be found here.

As readers of this blog will know, my cycling prowess is very much at the lower end of the athletic range. As well as providing on-going motivation and accountability with regard to my own training ‘regime’, these updates aim to provide encouragement to other non-athletic types and those that struggle to balance training with everything else they have going on.

Let’s start with the stats

The following table sets out my ride statistics over the period:

I’m not sure the numbers make for particularly pleasant reading.

On the face of it, March looks like a good month. However, whilst the totals for distance covered, time in the saddle and meters climbed all appear quite high, they were accomplished in only 8 rides and skewed by the 100km RideLondon route reconnaissance session (which you can read about here). Training was not as consistent as it needs to be.

This lack of consistency was then highlighted in April, with the number of rides falling to just three. The month clawed back a semblance of dignity only through the inclusion of the Igloo Peak District Sportive (which I wrote about here).

May has started positively (if we ignore the first four days of it, when I didn’t get out on the bike). The four rides undertaken reflect the beginnings of my attempt to ride on a more consistent and focused basis.

So what are the excuses?

[Summons deep breath…] Well, we moved house. Time has been short as we’ve gone through the processing of sorting and unpacking. My wife has started at a new job; my son at a new nursery school. I’ve had to make regular trips back to London to prepare our old house to be sold.

But enough of the excuses. Everyone leads a busy life.

The more important question is…

What are you going to do about it?

As mentioned above, the main problem so far, has been a lack of consistency in my training. Throwing in a long ride every so often only flatters to deceive the statistics. It doesn’t help my fitness.

Particularly in the case of the 100km ride, the step up in distance from what I had been doing was too much. It caused pain and soreness in my knee (a knee which I know is fragile). This kept me off the bike for a week (which then turned into a two-week hiatus, due to the house move).

Better to achieve my distance and time-in-the-saddle objectives through multiple rides, each with a particular focus, rather than one or two ‘overload’ sessions.

The main issue has been a lack of a plan.

I have been researching training programmes in order to find one that is appropriate to my fitness level and the 100-mile challenge that I am undertaking. I’ll be revealing my chosen training schedule in a future post.

But it’s not all bad. I have been encouraged by certain aspects of my cycling over recent months.

My inadvertent first metric century ride made me realise that cycling longer distances are both feasible and enjoyable (even when they take you through Croydon).

Yes, it made me realise that the additional distance needed to get to 100 miles will be challenging, but it also made me confident that I’ll be able to do it. Thus the training becomes a case of trying to reduce the pain involved, rather than simply getting over the line.

The RideLondon recon ride took in the climbs of Leith Hill and Box Hill. Neither is particularly challenging, at least compared to the basic requirement to cycle 100 miles in a day. The Peak District sportive, with its 1,300 metres of (steeper) climbing has given me confidence that I’ll be able to crest the RideLondon ascents without going too far into the red.

Finally, the move to Derbyshire appears to have been a masterstroke in terms of finding a beautiful place to cycle. From our base (er, house) in Ashbourne, I can cycle north and straight into the Peak District. The scenery is glorious and the climbing is challenging. Then, to the south, we have rolling farmland and twisting country lanes.

I really don’t have any excuse to get out on the bike and ride.

How is your training going?

That’s your lot for this update on the Grimpeur’s training attempts.

I know that many of you reading this blog will be participating in RideLondon, as well as in many other challenging cycle events.

I would love to hear what sportives you are entered for this year and how your training is going? What encouragement can you offer to me and to other new sportivos?

Let us know in the comments box below.