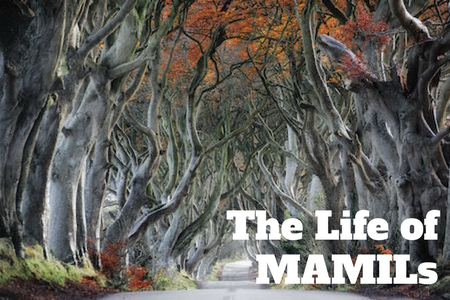 It’s a question I’ve been pondering lately, partly following the results of a subscriber survey and partly because I saw that a new documentary on MAMILs had been released.

But is the term MAMIL perjorative? (Good word…)

Or something to be proud of? A tribe to identity with. A flag (stretchy, in garish colours) to rally around.

The modern MAMIL is a complex beast. And he needs analysing.

So, if you’d like to muse on the MAMIL (or perhaps find out what one is…), read on MAMIL-duff.

What Is A MAMIL?

The term ‘MAMIL’, for those living under a media-shielding rock, is an acronym that stands for ‘Middle Aged Man In Lycra’.

The internet tells us that the term was coined by Mintel, a global market research firm, as recently as 2010 (I must admit, it feels like the word has been around for longer).

Now, as a BA (Hons) Historian, I’d ideally like to go back to the primary source for this information. Unfortunately the primary source costs £1,500 (steep even before we consider that the report is 8 years out of date) so you’ll have to make do with a secondary source written at the time.

Whatever the origin, the word now sits firmly in the English lexicon, via the Oxford English Dictionary:

MAMIL – NOUN, British informal
A middle-aged man who is a very keen road cyclist, typically one who rides an expensive bike and wears the type of clothing associated with professional cyclists.

Wish I had an expensive bike…

The Mintel research (apparently) refers to MAMILs as being aged 35–45, which feels like a rather tight age range.

To me, the population of greater spotted MAMILs seems to encompass riders well into their 50s and 60s. I’d be pulling the pin out and chucking the comments grenade if I was to suggest that readers of this blog that were born in the 1950s and ’60s are ‘old’.

So (he says, juggling the same comments grenade), assuming you’re not claiming to be a millenial, if you’re aged 45–65 (or older), does ‘middle-aged’ aged work for you?

Perhaps by saying that, I’ve lost the 45-year-olds.

I just asked my wife (40 next year, like me) whether she considers herself middle-aged. I also just finished making up a bed on the sofa in the living room.

As a 38-year-old, and therefore firmly a Mintel MAMIL, I must admit that I struggle to accept the first two letters as describing me accurately.

That said, I don’t mind being thought of as a MAMIL.

If you’re reading this blog (which you are…), there’s a pretty good chance that you meet the criteria.

I just ran a survey of Sportive Cyclist email subscribers. The results were pretty enlightening.

Firstly, it turns out that most of you are male: 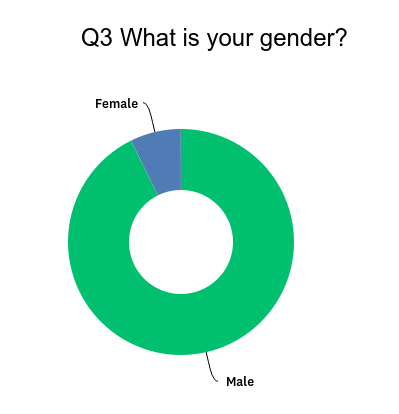 And, throwing age sensitivity to the wind, most of you are middle-aged, or at least on the brink of it: 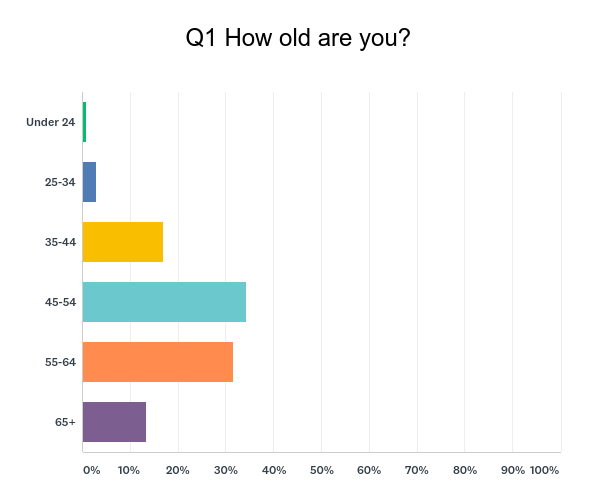 Whilst the age breakdown by gender may not be constant, let’s assume it is (and, fug it, let’s say the 65 plussers are ‘middle-aged’ – you’re probably fitter than most ‘normal’ middle-aged people).

On this basis, 89.3% of the readers (or at least subscribers) of this blog are MAMILs.

(Which probably means that if i) you’re a MAMIL; ii) you ride 2–3 times a week; iii) you’d like to get fitter in the limited time you have available each week; and iv) you’re targeting a long sportive or ride in the next year, you’d get an awful lot of value from signing up to my email list.) 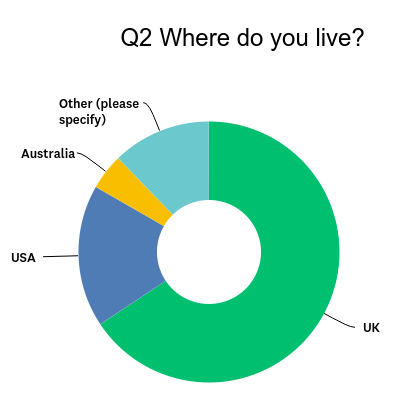 Normally I reserve reader questions for the end of the post, as a cunning ruse to get you to leave comments and thus confirm that the Sportive Cyclist blog actually has some readers, but… let’s go with one now:

Does the concept of ‘MAMIL’, or at least that term, exist in the US?

You see, I’m not sure that ‘Lycra’ is a particularly American thang, instead getting replaced with ‘Spandex’. This would make the middle-aged American road cyclist a MAMIS.

Surely not as catchy.

[Mont starts to play keepy-uppy with the grenade]

Right. A strict reading of the MAMIL acronym clearly excludes women (which is probably welcomed by those that see it as a derogatory term).

Whilst the MAMIL grabbed the headlines, the 2010 Mintel research (I think) referred to 25% of cyclists being female.

Middle-aged men don’t hold the monopoly on being inspired by male pros.

I’m pretty sure non-MAMILs of either gender are able mentally to project themselves into the crucible of suffering that is a mountain stage in the third week of the Tour de France.

But if you’re a road cycling enthusiast in the middling decades of your life, and you happen to be a women, can we ignore what the acronym stands for and call you a MAMIL?

I Am MAMIL, Hear Me Roar!

In addition to featuring the word MAMIL for the first time (we are told…), the Mintel research described the growth in popularity of road cycling (and cycling more generally as a mode of transport).

This was before the further acceleration that followed the 2012 Olympics, the advent of the RideLondon mass participation event in 2013, and the 2014 Tour Grand Depart.

This is undoubtedly a good thing. The rise of the MAMIL was a significant contributing factor.

Money makes the world go round, and it was MAMILs driving the cycling spend. As well as driving the cyclo-economy, I’d assert that commuting MAMILs helped increase the number of cyclists on the road, particularly in London, increasing rider safety for all and pushing politicians to support the building of bike-specific infrastructure.

Tribalism (The Dangers Of)

To be honest, it feels like MAMIL has gone from the word describing a socio-economic group to one describing a tribe. A group of people, admittedly of a similar age and stage, with a shared passion for road bikes (and riding them).

Perhaps that’s why I’m happy to be identified as a MAMIL when I hesitate to embrace the onset of middle age.

It’s funny that I’m discussing this subject. I’m not a fan of tribalism.

I’ve always felt slightly uncomfortable revealing which football team I support. I struggle with the idea that this then tells you which other team (or teams), their fans and players, that I must hate as a result. I just don’t feel strongly enough on the subject.

The danger with striving for too much definition is that it can cause divisions to arise between groups. Divisions that can tend towards the extreme. This can have tangible negative results.

There are certainly car drivers on the roads of Britain that have it in their heads that they ‘hate cyclists’ (and vice versa, admittedly). Which aint going to lead to a calm and tolerant driving style when they happen upon one.

That all said, if I am going to belong to a tribe, I’d prefer to belong to one that pokes fun at itself. One that accepts dressing in faintly ridiculous clothing and harbours juvenile notions that a professional cycling career can start at 40 (or later).

You Mentioned A Documentary On MAMILs…

Ah yes. This post was prompted by me discovering an upcoming documentary simply called ‘MAMIL’.

Here is the trailer:

It’s due to be screened in UK cinemas on 9 April at a variety of different Odeons. It looks like they need to sell a minimum number of tickets at a given venue for that showing to go ahead (so here’s hoping enough readers in Derby are motivated to go along…).

So, Do You Identify With MAMIL?

My original question, if you can remember that far back, was whether you liked being called a MAMIL.

If you are a) female; or b) aged below 40, perhaps you have some misgivings in receiving the MAMILabel (or perhaps you don’t!?).

But for those of you ‘in the demographic’, how do you feel about the description?

Are you MAMIL and proud, or ‘definitely not one of those’…?

I’d be interested to know (not least because I might rename the blog as ‘The Secret Life of MAMILs’).